The story of Buddhism and the story of Dakini Mountain has always been a story of possibilities.  What is possible?  Can I really do it?  Who will help me?

Many years ago, the Buddha told us what was possible: freedom from suffering.  He told us that we could do it!   And he said he would help.

It started in a place.  Under the Bodhi Tree, the Buddha meditated and realized enlightenment.  Then he began to teach the Four Noble Truths in a place called Deer Park.

Throughout hundreds of years and from the very beginning of Buddhism, physical places have been pivotal to the flourishing of Buddhism.  These sacred places serve as practical locations for Buddhist practitioners to live, places of study and power centers that emanate intangible yet highly effective waves of awareness to benefit society.

Past examples of places that have been critical in the development of Buddhism include the Bamboo Grove Ashram where the Buddha first sheltered with his students during the winter monsoons; the 84,000 stupas built by Emperor Ashoka to establish Buddhism throughout the Indian subcontinent; and Samye, the very first Tibetan Buddhist center, key to the development of Tibetan Buddhism, near Lhasa in Tibet.

In these three examples, the sacred places were funded by kings and an emperor.  In today’s world, governments, by and large, do not fund Buddhism.

Dakini Mountain will be funded by ordinary people, like you and me, who feel a call to make a difference, to infuse the vision of the Buddha with vitality through bringing this place, Dakini Mountain, into reality. 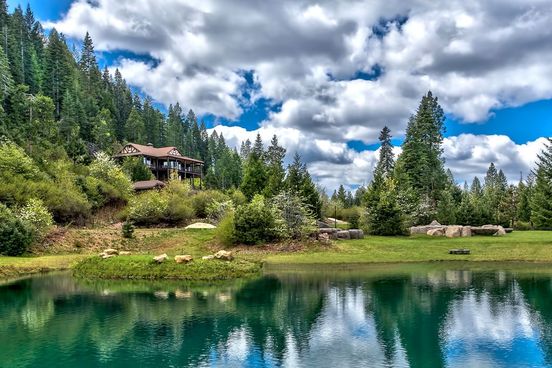 Dakini Mountain is a Buddhist retreat, a Yogic Medicine healing center, an environmental leadership site and more. Founded in 2019 by Pema Khandro and Ngakpa International, Dakini Mountain is located on 35 breathtakingly beautiful acres in the Tahoe National Forest of Northern California.

It’s already partially developed and established but much is still needed.

At this moment, Dakini Mountain needs $15,500 to take the next step of providing critical fire clearing and other refurbishing to make Dakini Mountain available for immediate use.  This is the first goal in a series of goals.  You can see the whole plan at www.dakinimountain.org.

Already, $8,750 of the $15,500 has been raised.  Please help accomplish this goal and give Dakini Mountain and Buddhism your support.

Your gifts can also be made by check, payable to Ngakpa International, and mailed to Dakini Mountain, P.O. Box 2396, Nevada City, California 95959, USA.

Director of Vajrayana Training and Fundraising