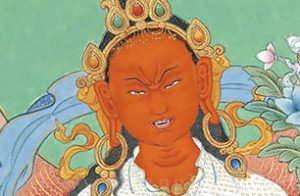 This week has been a potent, intense, inspiring week of conversations about compassion and rage, inner change and social change. Each night I met with the guests, Charles Eisenstein, Jan Willis, Venerable Thubten Chodron-la and Myokei Caine-Barrett, Shonin. For those of you who could not be there, here are some of the most memorable moments for me.

Speaking with Jan Willis, we talked about the role of humility in working with our anger and I had relayed advice from a conversation I had with another teacher who said in response to some harassers who were bothering her, “Its ok, I am just a worm you can’t humiliate me.” I had shared what a relief it is to contemplate that and in so doing, cheerfully embrace being a small being in a huge world. Jan interrupted me and said, “But EQUAL, we are all equal.” Contemplating the equality of all beings is something Buddhists do frequently as one of the major tenets of Buddhism, but it came through so beautifully in that moment. Oh to be small beings in a huge world, where we all want to be free from suffering and still we are all equal, every one of us equal.

Another favorite moment was last night speaking with Shonin when I had asked her how she had felt when she saw the video of George Floyd. One of the reasons I invited Shonin was because of her work teaching Buddhism to White Supremacists. But the question had come from one of the audience members, and we both answered it. We both described grief and sadness. And then one of things she described was the feeling that we would all have to get very strong to deal with this. It was this spontaneous reflection of bodhichitta, the altruistic enlightened intent. It’s something I think of every day – what kind of education would we need to put out in the world so something like this never happened again?

It seems to me there is a lot of sadness and grief moving through society that has been disowned and gets expressed through aggression. My article on grief just came out on LionsRoar – so you may want to read it if you haven’t yet.

It starts with a quote of Shabkar who said, “Sadness rages like a great fire, though in mind, there is no wood. A storm of tears pours down ceaselessly, though in the sky of my eyes there are no clouds.[1]” —Shabkar
The full article is here: When Sadness Rages Like Fire

But probably one of the most interesting things was the comments during the talks, sent to me by the listeners in the chat box. Based on that I have totally scrapped my original plan for Saturday and I have decided instead to teach a class on Buddhist Tantric theories of anger and power called – Rage as a Path to Liberation. We have contemplated Mahayana so much, this will open up another perspective. I want us to explore Buddhist methods beyond spiritual by-passing. Also – I am eager to present this class and also be able to share some perspectives as a historian of Buddhism. If you would like to join you can register here: Rage as a Path to Liberation

So Saturday morning’s **new schedule** will be as follows below. I look forward to seeing you there. Come to it all or come to what you can.

The videos from this week are still being produced so you can listen-in on my conversation with Lama Harvey Aronson and his discussion of disowned anger and the differences between traditional Buddhist ideas of anger and how the term is used in English. Reconciling Eastern Ideals and Western Psychology

Much thanks to everyone who has donated to the Dakini Mountain Emergency Fund, this year’s fundraising efforts are more crucial than ever because of the drastic effects of the Pandemic on our community.

Wishing you resilient presence through all that has been and all that is to come,

Bodhisattva in Troubled Times
Rage as a Path to Liberation

This is a week-long series about the practice of compassion and care in troubled times. In the face of trauma, fear, aggression… what is the place of love and empathy? In the midst of moral outrage and the imperative to change society, how do we proceed without magnifying aggression and hate? This series is dedicated to contemplating possibilities for facing difficulties with a mind set upon altruistic action and connection with others. The “Bodhisattva” is a Buddhist term for a person dedicated to care for self, others and the world through compassionate action.

Join internationally renowned Buddhist scholar and teacher, Pema Khandro and guests in this week-long event dedicated to opening up a conversation about how Buddhist values might unfold in the midst of an avalanche of intense situations. 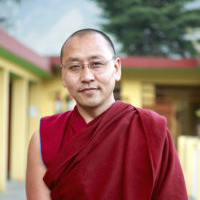 11am-1pm
Rage as a Path to Liberation 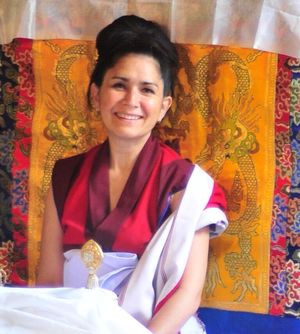 Pema Khandro will give a class on Buddhistperspectives on anger, rage, power and fierce compassion. The class will explore the relationship between Mahayana & Vajrayana perspectives on anger, compassion and resilience. It will draw on a question of how the bodhisattva ideal gets variantly interpreted in Tibetan literature and how Tibetan Buddhism came to be known as a champion of non-violence. 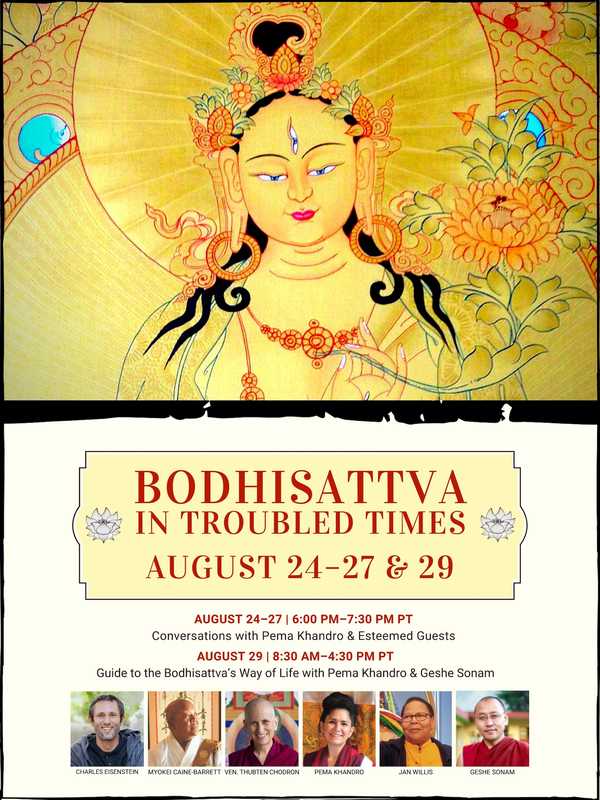